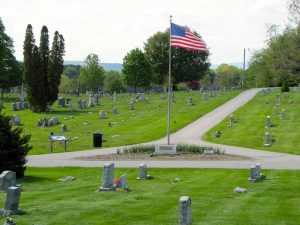 Dr. Harvey Black (1827-1888), a descendant of Blacksburg’s founder William Black. A doctor before the Civil War, Black was an attending physician during the amputation of General Thomas J. “Stonewall” Jackson’s left arm following the Battle of Chancellorsville in 1863.

Captain Thomas Nelson Conrad (1837-1905), who entered the Civil War as a cavalryman under the command of General J.E.B Stuart. With a letter of recommendation from Stuart to President Jefferson Davis, Conrad was hired as a spy in the Confederate Secret Service. In September 1864, Conrad and others travelled to Washington, DC, in an attempt to kidnap Abraham Lincoln on his way to the Soldiers’ Home. The plan was abandoned after it became apparent that Lincoln was being escorted by US cavalry. After the war, Conrad served as the third president of Virginia Agricultural and Mechanical College (now Virginia Tech). He lived at 107 East Wharton Street, Blacksburg, an antebellum home now open as the Price House Nature Center.

Captain Robert G. Newlee (1819-1904), who raised a Civil War company in Blacksburg known as the “Montgomery Mountain Boys.” In April 1862 he became a captain of the 4th Virginia Regiment.

Colonel Charles A. Ronald (1827-1898), who joined the 4th Virginia, Co. E–the Montgomery Highlanders–and was elected its first captain. Later promoted to Colonel, Ronald took command of the 4th Virginia Infantry Regiment during the Battle of Cedar Mountain after commander General Charles Winder was killed. Ronald’s service during the Civil War ended after he was wounded at Smithville, West Virginia.  The quotation on Ronald’s tombstone reads: “I have suffered.” 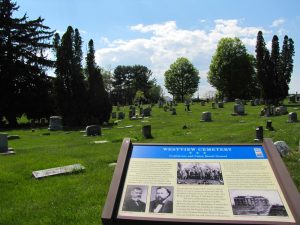 From downtown Blacksburg, take Roanoke Street northeast. Follow the road as it bends left and becomes Owens Street. Shortly after the bend, you will find the entrance to the cemetery on the right.