Thu Sept 15, 2022. 5:00-6:15 PM. “‘Repair, Restore, Rebuild’: Reconstructing Southern Spaces in the Wake of the American Civil War.” An in-person lecture by Dr. Molly Mersmann, incoming VCCWS postdoctoral associate. For four years Confederate and Union forces battled, raided, and bivouacked in southern cities and countrysides, leaving a trail of desolation in their wake. Mersmann’s talk explores what happened next – how southerners picked up the pieces and rebuilt their homes, businesses, and lives in the war’s aftermath. Free and open to the public. The Pavilion at Historic Smithfield, 1000 Smithfield Plantation Road, Blacksburg, VA. 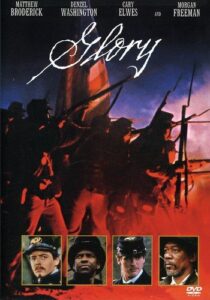 **”The Whartons’ War” was originally scheduled for October 6 but is now taking place on October 20. Apologies for any inconvenience.**

Tues Oct 25, 2022. 7:00-8:15 PM ET. “Bonds of War: How Civil War Financial Agents Sold the World on the Union.” An online lecture by Dr. David K. Thomson. Thomson will speak on his new book, Bonds of War, an in-depth look at how the United States government paid for the Civil War. The sale of bonds across the continent and across the world reveals not only the scope of the war, but the lengths the government went to keep the war machine financially afloat. This online event is free and open to the public. Advance registration is required: https://virginiatech.zoom.us/webinar/register/WN_y6fhQLWxQ0K20TKlOBVeqg.

Thurs Dec 8, 2022. 7:00 – 8:15 ET. “Spectacle of Grief: Public Funerals and Memory in the Civil War Era.” An online lecture by Dr. Sarah Purcell about her new book. Spectacle of Grief examines how the public funerals of major figures from the Civil War era shaped public memories of the war and allowed a diverse set of people to contribute to changing American national identities. Public mourning for military heroes, reformers, and politicians distilled political and social anxieties as the country coped with the aftermath of mass death and casualties. Large-scale funerals for figures as diverse as Thomas J. “Stonewall” Jackson  and Frederick Douglass fostered public debate about the meanings of the war, Reconstruction, race, and other issues. Advance registration is required: https://virginiatech.zoom.us/webinar/register/WN_jJz5zBgRRjm6nLXuerZ6Kg