During the Civil War, the town of Wytheville was of strategic importance because of its location along the Virginia and Tennessee Railroad and its proximity to the lead mines at nearby Austinville and Ivanhoe. Since the eighteenth century, productive mines had extracted lead ore from deposits near the New River in Wythe County, and by the outbreak of the war, the Union Lead Mining Company was both mining lead and manufacturing shot. The Union Lead Mining Company produced around one third of the lead used by the Confederacy during the Civil War.

In July 1863, Union brigadier general Eliakim P. Scammon ordered Colonel John T. Toland and his Thirty-Fourth Ohio Mounted Volunteer Infantry to move against Wytheville. After crossing into Virginia and overrunning a band of bushwhackers at Burke’s Garden, Toland’s force reached the outskirts of Wytheville in the early evening of July 18. In the meantime, Major General Sam Jones of the Confederate Department of Western Virginia sent 130 soldiers and two artillery pieces from his headquarters at Dublin to Wytheville. They arrived in time to prepare for Toland’s arrival and even distributed arms to town residents and local militia. 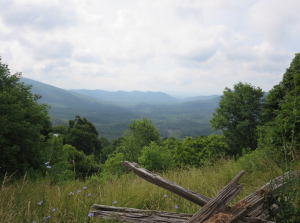 View overlooking the valley where Wytheville sits, on the route of Toland’s raiders. (Lucas Kelley)

Entering from the north, Toland’s force of Union soldiers marched into Wytheville around seven o’clock in hopes of driving out the small Confederate force. The outnumbered defenders and townsfolk fired against the federal soldiers from their positions in private homes and public buildings. Battle soon raged through the town, as Union soldiers attempting to reach the courthouse faced defenders firing on them from all sides. Colonel Toland fell mortally wounded in the melee. After several hours of fighting, the town’s defenders fell back and Union troops set fire to it. Although they had taken Wytheville, the Federal soldiers were without their commander, and, fearing their supply lines would be cut, the remaining Union troops returned to West Virginia without doing any long-term damage to the railroad or lead mines. 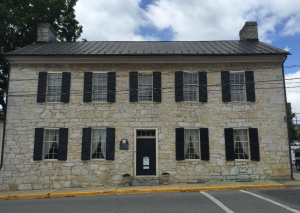 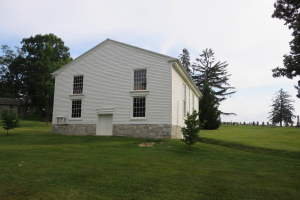 There are five sequential Civil War Trails markers in and around Wytheville. The first, related to the route Toland’s men took into Virginia, is located on top of Big Walker Mountain. Take I-81 Exit 70 and turn right onto US-52 N, then drive about 12 miles. The first interpretive sign is in the parking lot of the BW Country Store. Next, get back onto US-52 and go back in the direction you came. After 4 miles, you will see the second marker on your right, across the road from VA-717 and located in a gravel pull-off. To find the third marker, continue on US-52 S for 3.3 miles and turn right onto VA-680. The marker is located in a gravel parking lot on the right after .2 miles.

The fourth marker is located in downtown Wytheville. From the third marker, return to US-52 S and head 4.8 miles toward town. US-52 will eventually turn into North 4th Street. From 4th Street, turn left onto Tazewell Street. The marker will be on the left after .7 miles at the corner of Tazewell Street and Pine Street. While downtown, visit the Haller-Gibboney Rock House Museum (205 East Tazewell Street) and the Thomas J. Boyd Museum (295 Tazewell Street) for an overview of Wytheville’s history, including the Civil War era. The site of the 1867 Freedmen’s School for former slaves is now home to the Wytheville Training School Cultural Center (corner of 5th and Franklin Streets). The basement of St. John’s Episcopal Church (c. 1858) at 275 East Main Street saw use as a Confederate hospital during the war. Also of note is the birthplace of Edith Bolling Wilson, second wife of President Woodrow Wilson, located in a c. 1840s building at 145 East Main Street.

The fifth and final Civil War Trails marker is located at St. Johns Church near I-81. At least seven Union soldiers are buried in the churchyard. The church itself dates to the 1850s and reflects extensive postwar renovation. The c. 1807 log home of St. John’s first pastor is also on the site. To find it, return to US-52 N and head towards the interstate. The church will be on your right after you drive over the interstate overpass.

A later engagement in Wythe County took place May 10, 1864, when Confederates under John Hunt Morgan and William E. Jones repulsed Averell’s Union cavalry at the Battle of Cove Mountain. Wounded Union troopers were left behind in the Crockett’s Cove Presbyterian Church (c. 1858). You can find the church by taking Pepper’s Ferry Road north from the center of Wytheville to Cove Road. Follow Cove Road for 4.5 miles and then turn right onto SR-600 and continue 2.4 miles. There is a battlefield marker near the old brick church.

The railroad depot at Rural Retreat was destroyed by Union forces in 1864 and rebuilt c. 1867-1868 in an Italianate style, much like the depot at Cambria. Cambria and Rural Retreat are the only surviving depots built by the Virginia and Tennessee Railroad, the line operating in this region during the Civil War.