“…Parson Brownlow explicitly showed them the follies of Secession that the Devil was the first secessionist and that the spirit was as wicked as it was unjust.” – John Henning Woods, Confederate conscript 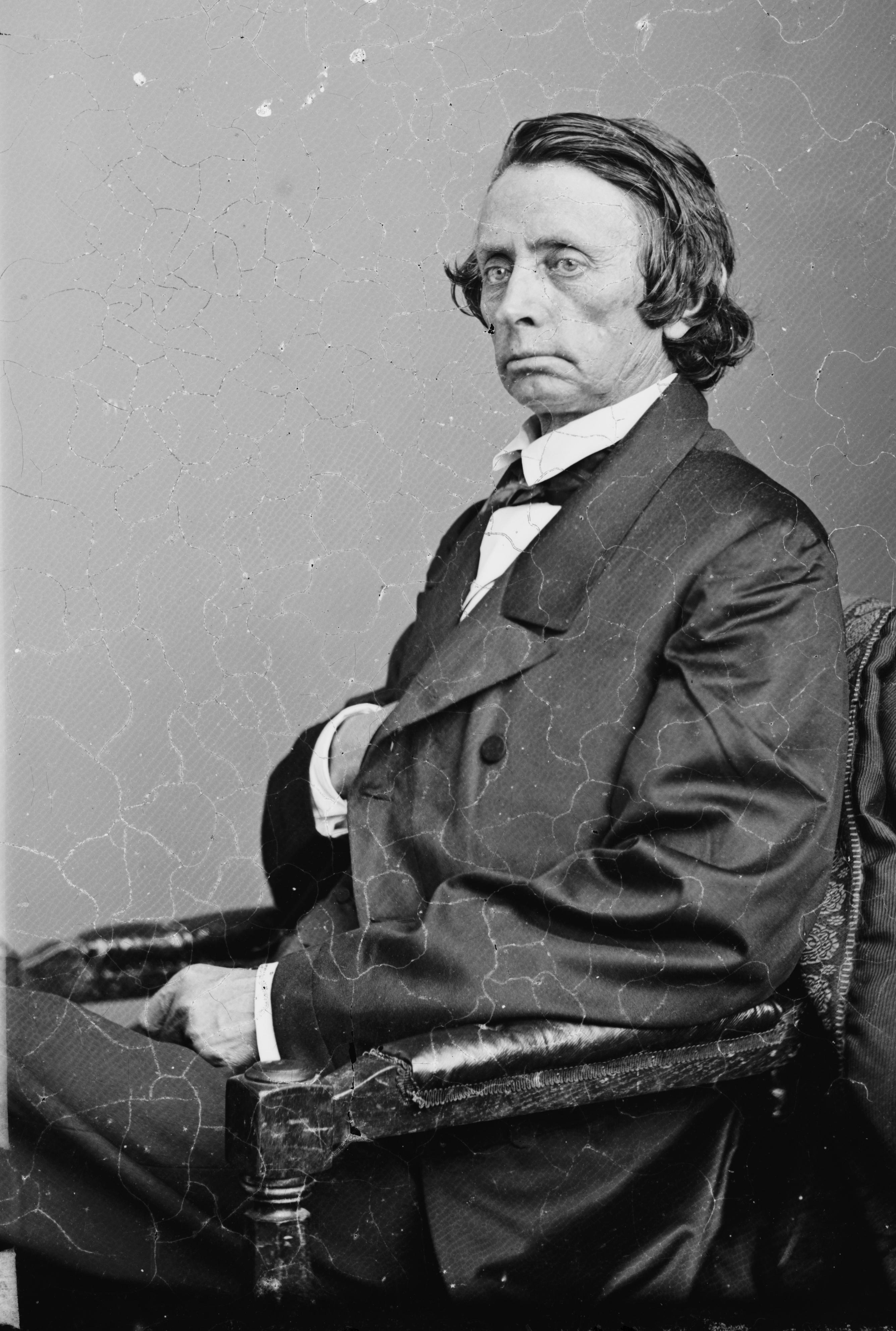 John Henning Woods was an ardent supporter of the Union, even though he lived in the Confederacy. This puts him in a small group known as the Southern Unionists. This group often operated in secret like Woods’ Union clubs and it was often very dangerous to publicly support the Union. This was, however, not the style of William Brownlow. Dubbed the “Fighting Parson” by his contemporaries, he was a loud and often obnoxious voice for the Union cause and attempted to rally southerners against the Confederacy. Woods says that Brownlow showed everyone the “follies of secession” and quotes some of his fiery rhetoric in the second volume of his journal. He also mentions Brownlow as an example of the mistreatment of rebel prisoners during the war. That Brownlow, based in Tennessee, could reach and influence a man living in Alabama is a testament to his power and influence, and he became the voice and champion of Southern Unionism. William Gannaway Brownlow was born on August 29th, 1805 to poor farmers in the mountains of Southern Appalachia. Orphaned at 11, he bounced around family members learning different trades until finally in 1825 he found his calling at a Methodist camp meeting. He became a circuit-riding preacher a year later and began a ten-year run on some of the most rural tracks in the region.

During this time Brownlow gained a reputation as a fiery preacher. He used his pulpit to denounce all of the evils he saw in the world. He also became extremely interested in politics around this time, joining the Whig Party. He made no fast friends outside his religious group and party as he often preached against Democrats, Presbyterians, Catholics, and anyone that dared to cross him. Additionally, he began to publish books both for his cause and against all others. These books had the same fervent language he used in his sermons.

In 1836 he married Eliza O’Brien and decided it was time to settle down. He bought a home in Elizabethton, TN and quickly found a new outlet for his convictions: a newspaper. He founded the Tennessee Whig in 1838. This publication would continue, under different names and in a few different places, for the rest of his life. After some time in Elizabethton, he moved to Jonesborough for brief period before finally settling in Knoxville, TN. This would be his home until he died.

The seeds of Brownlow’s Unionism were sown years before the secession crisis, during the nullification crisis. In 1832 he had been a staunch supporter of the federal stance on the question of nullification. He saw himself as an American patriot and believed the United States was divinely ordained. Any attempt to weaken it or override it was a work of evil.

He held these same principles to be true when talk of secession began to come to the surface in the late 1850s. During this time he published scathing articles about prominent secessionists and denounced the movement entirely, even to the point of taking action. In September of 1860 Brownlow interrupted prominent secessionist William Yancey at a rally where he was speaking and had a lively debate with him.

His views on secession did not, however, mean that he was an abolitionist. He was a pro-slavery advocate and held racist views. He refused to debate Frederick Douglass on the subject of slavery because of his race. Instead, he debated a prominent abolitionist minister named Abram Pryne where he gave a spirited defense of the South’s ‘peculiar institution.’

When states began to secede in 1860, Brownlow continued his campaign against secession. Finally in early 1861 the specter of secession came to Tennessee. He rallied the people of East Tennessee and furiously defended the Union in his paper. When secession was put to a vote in the state, the results showed that East Tennessee, his region of influence, voted overwhelmingly to stay in the Union. The rest of the state, however, did not agree and Tennessee joined the Confederacy.

In the summer of 1861 the Fighting Parson continued to rally the spirits of the unionists, publishing attacks on rebel leaders and printing pro-Union statements and stories. He urged civil disobedience and called on the people of East Tennessee to stay true to the Union. A convention of the East Tennessee counties was called to discuss the future of the region and they voted to petition for the right to form their own state like West Virginia. At this meeting, Brownlow held significant power, holding at least three votes by serving as a proxy for two counties other than his own. The resolutions, however, were never adopted as the Confederate government sent troops to the area to bring it under heel.

Throughout this time, the Confederates turned a blind eye to Brownlow’s publication, knowing that suppressing it would only add fuel to the Unionists fire. One event would change all that. On the night of November 8th 1861 Unionist guerillas burned several key railroad bridges in the area, an action that Brownlow had advocated earlier in his paper. While there were no direct ties ever found it was widely believed by Confederate authorities that he was the source of the plot. As a result they put out a warrant for his arrest. He went into hiding but believing it was safe to come out, returned to Knoxville only to be arrested.

Hard-line Confederates called for him to be executed, however they realized that doing so would only create a martyr. Instead they decided to exile him and his family to the North. In March of 1862 he was escorted to Union lines at Nashville and released from custody. Brownlow became an instant celebrity throughout the Union and everyone listened to his stories of captivity and his experience of the rebellion.

The Fighting Parson travelled from city to city speaking to packed houses. In the intermission, Army recruiters would give a short pitch in an attempt to bring in new recruits, exploiting the fired-up audience. One general even called Brownlow his best recruiting tool. At this time he also published a book called Sketches of the Rise, Progress, and Decline of Secession which became an instant bestseller. In it he described the entirety of the secession crisis and the war to that point from his point of view. He never forgot his home though and continuously petitioned the government to aid Tennessee. When the Union Army rolled into Knoxville in late 1863 he came triumphantly in the first wave. 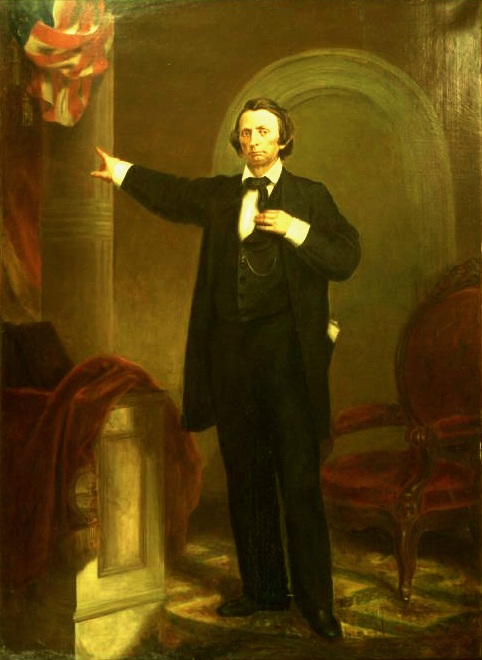 Tennessee was one of the first Confederate territories to be brought under Union control. Because of Brownlow’s de facto status as the leader of the Unionists in the state, when an election was called in March of 1865 that excluded former Confederates he won by a landslide. Brownlow quickly became one of the most radical governors in the reconstruction South, exacting vengeance against the rebels.

One of the biggest blows to former Confederates was complete disenfranchisement under the Brownlow administration. He also threw many of them in prison because of a number of perceived or real offences. Much of his action was carried out by militias created and directly controlled by Brownlow.

In one of his most controversial decisions, Brownlow’s government decided to enfranchise newly freed African Americans in order to ensure that the Republicans maintained a majority at the polls. This enraged former confederates and even some of his closest allies and added fuel to the propaganda fires of a growing organization: the Ku Klux Klan. Brownlow used his militias to brutally crack down on this group, placing several counties under martial law during his term.

In 1869, Brownlow retired from the governorship and became a U.S. Senator. He continued to vote for radical reconstructionist legislation throughout his term. Finally in 1875 he retired from formal politics to live at home in Knoxville where he died in 1877. 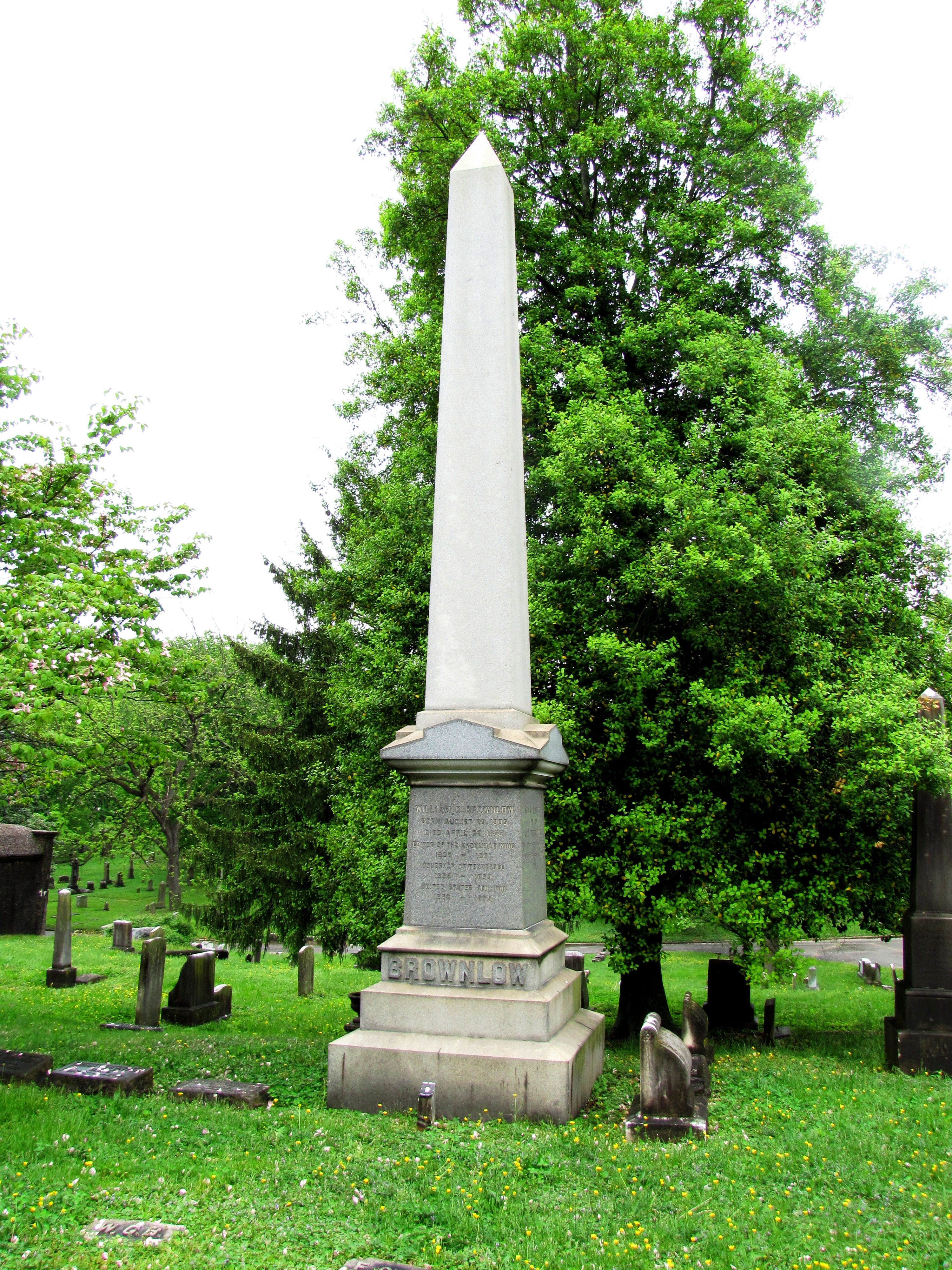 One of the most controversial characters of his time, Brownlow continues to arouse mixed feelings. Following his death, his gubernatorial portrait, shown above, was used as a spittoon for senators on their way into the chamber. It was eventually so discolored that it had to be removed from the capitol building. Other than his gravestone, no monuments to him have ever been built, even in his later home of Knoxville where he was one of the most prominent citizens.

Though his actions during reconstruction and strong pro-slavery stance make him an unattractive subject to modern historians and pundits, it is important to remember his contributions to the Civil War. He was, without a doubt, one of the most prominent Southern Unionists and his words were a rallying cry for that movement. Additionally, his fighting spirit and unwillingness to cave to the demands of Confederates are admirable. William G. Brownlow is an extremely important person in the history of this country and should be remembered.