Thomas L. Preston (Historical Sketches and Reminisces of an Octogenarian).

For a prestigious family such as the Prestons of Virginia, preserving family history is of great importance. Thomas Lewis Preston played a central role in writing down the traditions and history of the Preston family, alongside general knowledge of the area. This knowledge was compiled in his book Historical Sketches and Reminiscences of an Octogenarian, which he is most well known for.

Thomas Lewis Preston was born in Abingdon, Virginia on November 20, 1812 to Francis Preston and Sarah Buchanan Campbell. He was their youngest son and the younger brother to future politicians William Campbell Preston and John Smith Preston. He was a student at the University of Virginia from 1830 to 1833, where he studied law. He was a member of the prestigious Jefferson Society, where he developed the strong oratory skills that he was greatly known for. He was also elected the military teacher for the school while a student.[1] After graduation he spent several years abroad in Europe and the Holy Lands, where he learned a great deal about the people and culture of those countries. He married twice, first to Elizabeth Watts, a distant cousin, and later to Anna Maria Saunders. He had no children, but adopted his wife’s two nieces after the Civil War.

Preston inherited the family salt works on the banks of the Holston River. He was the last person in the family to hold the Preston salt works company after being given both his brothers’ shares after their mother’s passing. Despite holding on to the salt works company for over a decade he was unable to succeed in the business, nor was he particularly enamored with the works. In 1862, he sold both the works and the John Montgomery Preston House, which had been built by his brother-in-law. 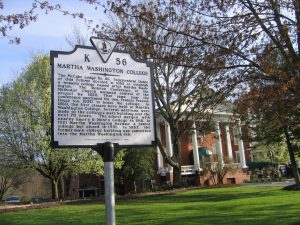 Along with his involvement with the family salt works, Preston was involved in politics and served on the boards of many different Virginia universities. During the 1850s, he held positions in the Virginia General Assembly for two non-consecutive terms. Together with his brother-in-law John B. Floyd, Thomas Lewis Preston used his oratory skills to keep members of the Know-Nothing Party out of Congress. Around the same time, he served on the boards of at least four schools: Emory and Henry College, the now defunct Martha Washington College, the Virginia Military Institute, and the University of Virginia. In fact, Thomas Lewis was one of the drivers for opening Martha Washington College. He was briefly the president of the college’s Board of Trustees. Yet by 1862, Thomas Lewis left behind his life in southwestern Virginia to move to Albemarle County, where he became an important member of the community.

In 1861, war broke out across the nation, tearing it into two. Preston was a slaveholder and held sympathetic views to his home state of Virginia. Thus it was natural that he would decide to enlist as a soldier in the Confederacy after Virginia seceded from the Union in April 1861. At the time he was 47 years old, which was above the typical age for a person’s first military service. He served as part of the staff under his kinsman General Joseph E. Johnston and was praised by General Stonewall Jackson for his effort during the first Battle of Bull Run. He was also praised by the Secretary of War, Judah P. Benjamin.[2]

Toward the end of his life, Preston published two books. One of them focused on the life of his maternal grandmother, Elizabeth Campbell Russell, and the other was about the history and settlement of Southwestern Virginia. Both volumes were designed to preserve valuable material for future historians.

Thomas Lewis Preston died in March of 1903 and was buried in the University of Virginia Cemetery and Columbarium. He lived through the transformative nineteenth century, through the transition from slavery to Civil War and Reconstruction. Throughout these changes, he had a reputation as being a charismatic gentleman of the highest caliber. He was a deeply religious man and invited both his relatives and some of the most distinguished persons from the South into his home. While he may not be the most accomplished of the Prestons, he was greatly respected by his family and peers and lived a long, varied, and eventful life.

Preston, Thomas L. Historical Sketches and Reminiscences of an Octogenarian. Richmond, Va.: Pub. for the Author by B.F. Johnson Pubishing, 1900.