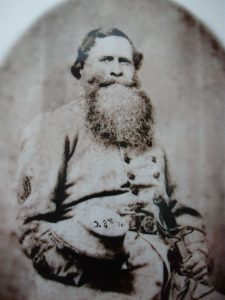 Thomas and Othello Fraction were at the center of the Southwest Virginia whirlwind as the Civil War came to an end. The Fraction brothers’ desire for freedom drove them to run away from the Preston plantation to join the Union army; on a return visit, however, they became ensnared in the attitudes of the Old South as the region evolved from a culture of slavery to one of freedom. It was not an easy transition and old attitudes died hard.

Col. Robert T. Preston was part of the prominent and powerful Preston family that originally settled in much of Montgomery County, Virginia. Thomas and Othello Fraction were born into slavery on Col. Preston’s plantation. In the pre-Civil War years can be found the roots of conflict between Preston and the Fraction brothers.

The stage was set through a combination of the Virginia & Tennessee Railroad’s westward expansion in the 1850s, greater commercial agriculture induced by closer shipping points, and the significant number of slaves necessary for more commercial agriculture. In Montgomery County, the height of commercially driven slavery occurred during this period. 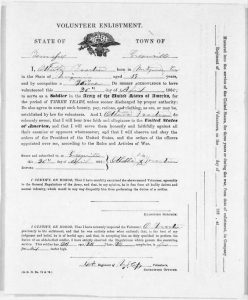 Thomas and Othello ran away to join the United States Colored Troops close to the end of the Civil War, enlisting in Knoxville, Tennessee, on April 26,1865. While on active duty, they returned home in early 1866 to visit their parents, but were pursued by their former slave owner, Col. Preston. Preston fired, the brothers fired back, and were subsequently accused of attempting to kill Preston and held in jail awaiting trial.

The behavior toward Thomas and Othello while in jail, their discharge from the USCT and subsequent re-arrest all shine a light on the attitudes of the postwar South, the actions and role of the Freedmen’s Bureau, as well as those of local officials.  Indifference and procrastination were hallmarks of the Freedmen’s Bureau after the war, at least in this Montgomery County incident.

Post-War societal upheaval led to chaos and the destruction of an old social order that had prevailed for generations. Yet through it all, widespread deference to a powerful family limited the new rule of law set in motion after the Civil War.

Thomas and Othello were arrested twice for ‘attempting to kill’ Col. Preston. Unsatisfied with the results after the first arrest in 1866, Preston prevailed on the civil authorities for a second arrest in early 1867. Clearly, the Fractions were insistently pursued by Col. Preston. The litany of actions taken against the Fraction brothers bespeaks the lingering power of the Old South’s social structure.