“We, the members of this Secret Circle, are Union men who believe that the ‘so called Confederacy’ is wrong and treasonable, and know it to be tyrannical: We therefore owe it no service and will give it none voluntarily. We will use every secret means in our power, to injure the Confederate cause and to aid the Union.”[1] 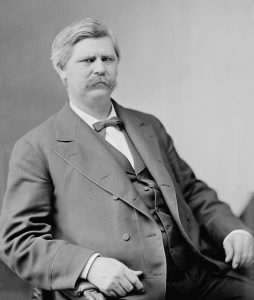 Woods and the “Home Circle” were not the only group of southern unionists who took an active role in subverting the Confederacy during the Civil War. Throughout Western North Carolina southern unionists played an important role in threatening pro-secessionist government officials prior to North Carolina seceding from the Union in May 1861. Unionists continued retaliating against the Confederacy during the war years. Pro-Union groups existed throughout Western North Carolina with large concentrations of unionists in Madison, Yancey, and Randolph Counties as well as smaller surrounding counties.

Prior to the Civil War southern unionists made up a majority of the population of Western North Carolina. In a letter from January 28, 1861, S.O. Deaver, a pro-secessionist farmer from Madison County, wrote to Zebulon B. Vance, a member of the United States House of Representatives, that three fourths of Madison County’s population was unionist, as was more than three fourths of neighboring Yancey County.[2] Even prior to the start of the Civil War in April 1861, many Union supporters in Western North Carolina took an active role in undermining the Confederate cause. These actions included Unionists in Buncombe County threatening to “tar and feather” pro-secessionist officials. Threats like this highlight that Unionists were not afraid to retaliate against the pro-secessionist government when North Carolina was on the brink of secession. Unionists wanted local officials to know that they were still loyal to the Union even though their state government might not be.

The local authorities did not ignore unionists’ actions against them and wanted to suppress anti-Confederate sympathy. An example of this suppression happened in Randolph County in October 1861, six months after the start of the Civil War. The Randolph County Court called for the arrest of unionist Thomas Dougan after he “used language in favor of the Federal government and against the Confederate government.”[3] Arresting Unionists was one of the many tactics Confederate officials used to suppress anti-Confederate sympathy.

Many North Carolinians opposed secession during the heated months of the Secession Crisis. One of the most prominent reasons individuals in Western North Carolina supported the Union was because of their unwavering loyalty to the United States. In the eyes of unionists, secession was the ultimate betrayal to their country.

The Heroes of America’s Fight Against the Confederacy

When North Carolina seceded from the Union in May 1861 pro-Union sentiment was not crushed; it continued during the war years. Unionists formed groups such as the Heroes of America (HOA), which is believed to have had ten thousand members during the war.[4] The goal of the HOA was to“[hold] the mountain region against the Rebel Government.”[5] The HOA instilled fear in the Confederate forces through the use of aggressive and threatening tactics. This included “bushwhacking”, a form of guerrilla warfare, which encompassed shooting Confederate Army officers.[6] The Confederate officials in Western North Carolina saw the HOA’s actions as acts of treason and a threat to the war effort. 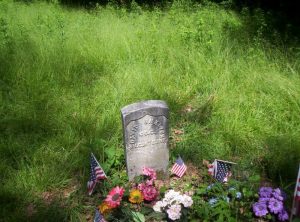 A grave of one of the victims of the Keith’s massacre that would go on to be known as the Shelton Laurel Massacre. (Source: Wikimedia Commons)

In January, 1863, unionists raided a storehouse in the small town of Marshall, in Madison County. Lieutenant Colonel J.A. Keith, who was in charge of a regiment of Confederate troops, was infuriated by the Unionists actions. Keith and his men killed a group of thirteen unionists, who they suspected of being part of the raid. Of the thirteen men killed three of them were under the age of eighteen. This event would be known as the Shelton Laurel Massacre.

[7]United States War Department. The War of the Rebellion: A Compilation of the Official Records of the Union and Confederate Armies Series 1, Vol.18. Washington D.C., Government Print Office, 1887: 853.

Inscoe, John C. and McKinney, Gordon B. The Heart of Confederate Appalachia: Western North Carolina in the Civil War

Myers, Barton A. Rebels against the Confederacy: North Carolina’s Unionists