The importance of the small Smyth County mountain town of Saltville to the Confederate war effort cannot be overemphasized. During the nineteenth century, the only effective way to preserve meat was by salting it, and salt produced at Saltville accounted for up to two thirds of the salt used by the Confederacy. Saltville’s inaccessibility and the strong Confederate presence in the area made its capture difficult for most of the Civil War. In September 1864, Union major general Stephen Burbridge received permission from his commanding officers to prepare a raid into southwestern Virginia, with the goal of disrupting salt production at Saltville. Included in his 5,200-man force were men of the newly-formed Fifth US Colored Cavalry. Hearing of the Union advance, Brigadier General John Echols, the officer charged with Saltville’s defense, traveled to the nearby town of Abingdon to acquire more troops to supplement his tiny 400-man garrison. He successfully recruited 2,000 troops stationed in the area and learned that John C. Breckinridge was on his way back to Saltville from the Shenandoah Valley with another 1,551 men. 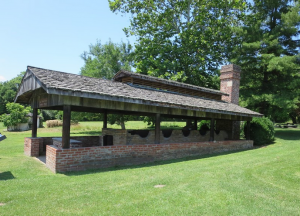 Back at Saltville, Brigadier General Alfred E. Jackson (known as “Mudwall” Jackson for his poor service record) fortified the town in the face of Burbridge’s approach. On October 2, 1864, Burbridge’s soldiers encountered Jackson’s pickets three miles from town. Fortunately for the Confederates, reinforcements arrived just in time. Artillery dueled across the ridges that surround Saltville throughout the day as 5,200 Union soldiers assaulted around 2,800 Confederate defenders. Heavy infantry fighting centered around a ford along the north branch of the Holston River. Union troops slowly advanced, but expended much of their ammunition against the entrenched Confederates. Receiving word from General Sherman that his men were needed in Middle Tennessee, Burbridge withdrew hurriedly during the early hours of October 3 without accomplishing the destruction of the salt works, leaving wounded men strewn across the battlefield. As they scoured the field after the Union withdrawal, some Confederates, possibly under orders from cavalry commander Felix Robertson, systematically murdered around fifty wounded African American soldiers in an event that came to be known as the Saltville Massacre.

Nearly three months later, Union general George Stoneman moved out of Knoxville in hopes of destroying vital Confederate resources in southwestern Virginia, including the salt works at Saltville. Stoneman’s raiders drove Breckinridge’s small force out of the area after the Battle of Marion and reached the Saltville defenses on December 20. Five hundred reservists and local militia commanded by Colonel Robert Preston occupied hilltop forts overlooking the southwest, but Federal soldiers easily flanked the outnumbered defenders, forcing Preston to retreat to Tazewell. Union soldiers spent the next day destroying the salt kettles and other buildings essential for salt production before returning to Knoxville via Abingdon. In spite of the destruction, the salt works were back in production by March 1865, though they never recovered fully by the end of the war. 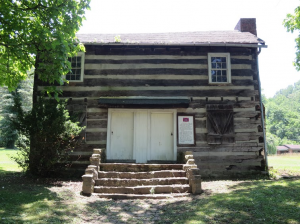 J.E.B. Stuart’s wife lived in this house in Saltville after her husband’s death. (Lucas Kelley)

The best way to begin a tour of Saltville is at the Museum of the Middle Appalachians, located downtown at 123 Palmer Avenue. To reach it, take I-81 to Exit 35 and turn onto VA-107 N/Whitetop Road. Travel 8.7 miles on VA-107 and then turn left onto East Main Street in Saltville. After .3 miles, make a slight left onto Palmer Avenue and the museum will be in your left. Historical markers downtown and on Route 107 approaching the town from the east give overviews of Saltville’s significance and the engagements that took place in the town.

Not much remains of the land related to the Second Battle of Saltville, but there is an interpretive sign near the historic Salt Park. From the museum, take Palmer Avenue and turn left onto West Main Street. The Salt Park will be on your right after 1.1 miles.

To find the King-Stuart House, where J.E.B. Stuart’s widow lived after her husband’s death, continue .2 miles on West Main Street from the Salt Park and turn left on Stuart Drive. The house is at the end of the road up the hill.

Earthworks from the Civil War entrenchments dot the hills and ridges around Saltville, but most of them are on private land. There are a few than can be reached on a trail created by the town, but only attempt to find them if you are very agile and do not mind tramping around in the woods for a bit. The parking area for the trailhead is at the end of Walnut Drive, a road located on Main Street between the Salt Park and downtown. There is an overgrown staircase that leads from the parking lot to the trail.