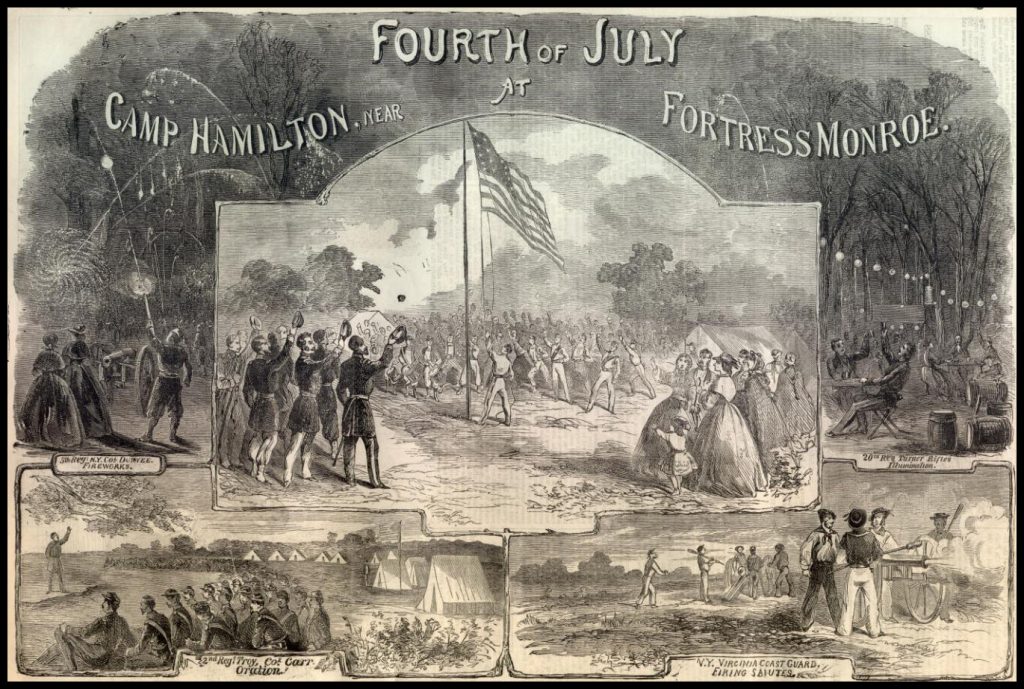 How did Americans celebrate Independence Day as their nation was falling apart? The answer lies in tens of thousands of Civil War-era sources, from newspaper articles and speeches to private letters and diaries. These documents reveal how a wide range of Americans — northern and southern, white and black, male and female, Democrat and Republican, immigrant and native born — all used the Fourth to articulate their deepest beliefs about American identity during the great crisis of the Civil War.

Did you know that many white southerners stopped celebrating the Fourth at the end of the Civil War? Frustrated by defeat and outraged by black commemorations of Independence Day, they did not fully resume their own celebrations for years. Northerners, meanwhile, used the holiday to celebrate Union victory while African Americans embraced the opportunity to claim their place in the national community. For everyone, the Fourth was a day to argue about who counted as an American and what that meant. 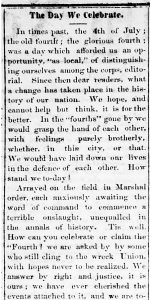 A Virginia Tech team is building a crowdsourced digital archive to make these fascinating sources freely accessible to everyone. Students, teachers, and anyone with an interest in Civil War history will be able to transcribe and tag documents and discuss their findings with other users.

Mapping the Fourth is at www.july4.civilwar.vt.edu

The project team comprises faculty and staff from around Virginia Tech:

♦ Kurt Luther  (project co-director) is assistant professor of Computer Science at Virginia Tech, where he is also a member of the Center for Human-Computer Interaction and the Institute for Creativity, Arts, and Technology. kluther[at]vt.edu.

♦ Nai-Ching Wang (major developer and designer of Incite) is a PhD student in Computer Science at Virginia Tech.

Mapping the Fourth is funded with a $74,224 “Literacy and Engagement with Historical Records” grant from the National Historical Publications and Records Commission. We are also very grateful for generous support from Virginia Tech’s University Libraries, School of Education, Department of Computer Science, Center for Human-Computer Interaction, and Department of History.