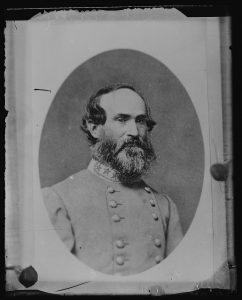 Jubal Anderson Early was born in this home on November 3, 1816. The house was built by the Earlys most likely in the first decade of the nineteenth century and passed out of the Early family around 1847. A West Point graduate and veteran of the Seminole and Mexican Wars, Jubal Early, a lawyer, opposed secession before the Civil War. He twice voted against secession as a member of the Virginia Secession Convention.

Early saw combat in more battles than any other Confederate general and achieved the rank of lieutenant general by 1864. He was one of General Lee’s most trusted subordinates–Lee once referred to Early as his “bad old man.” Early was given independent command in the 1864 Valley Campaign, where his forces won the Battle of Monocacy and threatened the defenses of Washington, DC, during the Battle of Fort Stevens. Early did not give up the fight after Lee’s surrender, but hid out at his old birthplace in Franklin County until he could evade Union patrols and travel to Texas. Finding no troops there, he went into exile in Mexico, Cuba, and Canada, returning to Virginia after an 1868 pardon. Early spent the remainder of his life in Lynchburg practicing law. He died on March 2, 1894, after falling down a flight of stairs. 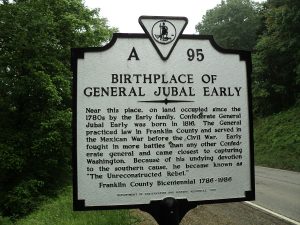 In 1866, Early published A Memoir of the Last Year of the War for Independence, in the Confederate States of America, one of his many contributions to the Lost Cause tradition of Confederate history. Early’s Lost Cause vision of the Civil War celebrated the character of General Robert E. Lee, and stressed that the Confederacy had only lost because of the North’s overwhelming numbers and supplies. After Confederate General James Longstreet contributed sources to a book about the Civil War that criticized Lee, Early went on a successful campaign of retribution to ruin Longstreet’s reputation. 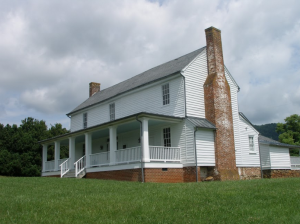 From Blacksburg, take US-460 East and I-81 North to Roanoke, where you can pick up Virginia State Route 116 South (the aptly-named Jubal Early Highway). About 10 miles from Roanoke, make a right onto Old Hollow Lane. You will find the Early birthplace at 455 Old Hollow Lane, Hardy, VA 24101.

Jubal A. Early, A Memoir of the Last Year of the War for Independence, in the Confederate States of America (Columbia: University of South Carolina Press, 2001).