Historic Smithfield, adjoining the Virginia Tech campus, was built in 1774 as the home of William and Susanna Preston and their children. It is open to visitors as a plantation museum, and although it is primarily interpreted as an eighteenth-century home, it is also a significant site in the Civil War era history of Virginia. 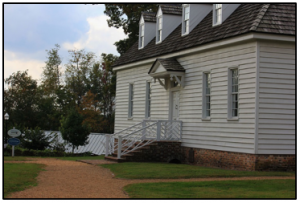 Smithfield’s most notable connection to Civil War history is William Ballard Preston, owner of Smithfield until his death in 1862. The grandson of William and Susanna Preston, “Ballard” was a lawyer and planter who was active in politics at the state and national levels, including as Secretary of the Navy. In 1861 he represented Montgomery County at the Virginia Secession Convention. Ballard joined the convention as a conditional unionist, and voted against secession on April 4, 1861. He proposed and led a mission from the convention to Abraham Lincoln, with the objective of ascertaining Lincoln’s intentions. However, by the time Ballard and his fellow delegates met with Lincoln, Fort Sumter was already under fire. Lincoln’s call for troops quickly followed. Upon his return to Richmond Ballard proposed the ordinance of secession that was approved by the convention on April 17, 1861. He went on to serve in the Confederate House and Senate until his death on November 16, 1862, at home at Smithfield.

Smithfield, along with other Montgomery County plantations, was the target of an alleged 1861 plot by local unionists to foment a slave insurrection. The Prestons were among the wealthiest and most influential people in the region, and several Preston properties exist today. Solitude (c. 1851), the home of William Ballard Preston’s brother Col. Robert Taylor Preston, stands on the campus of Virginia Tech. Whitethorn (c. 1855), home of another Preston brother, James Francis Preston, commander of the 4th Virginia Infantry, is visible from a trail that starts at the end of Ashlawn Drive in Blacksburg and skirts the property (not open to the public). William Ballard Preston’s law office still stands in Christiansburg as part of the Phlegar Building, next to the site of the courthouse where he plied his trade. All three Preston brothers are buried in the Preston Cemetery within view of Smithfield Plantation. 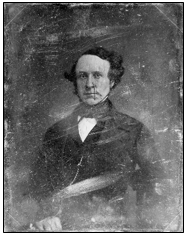 The full text of the Virginia secession convention debates has been digitized by historians at the University of Richmond.

John Frederick Dorman, The Prestons of Smithfield and Greenfield in Virginia: Descendants of John and Elizabeth (Patton) Preston through Five Generations (Louisville, 1982).

Daniel B. Thorp, “‘Learn your wives and daughters how to use the gun and pistol’: The Secession Crisis in Montgomery County, Virginia,” Smithfield Review 17 (2013), 75-92.