Glencoe Mansion and the Wharton Family 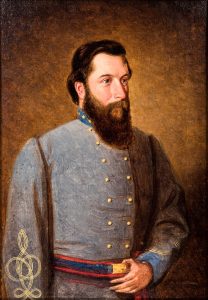 Wharton’s service in the war began in Richmond as an engineer, working on some of the first defenses for the Confederate capital, often under the supervision of Gen. Robert E. Lee.  By the summer of 1861, Wharton was sent to Southwest Virginia to help raise the 45th Virginia Infantry and was then commissioned a colonel and ordered to raise what became the 51st Virginia Infantry, which he would command.  Throughout 1862 and much of 1863, Wharton participated in West Virginia, eastern Tennessee and Southwest Virginia. While serving in Southwest Virginia, Wharton met and married Nannie Radford at “Central,” now the City of Radford. 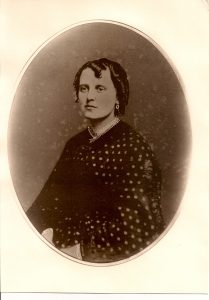 Wharton was promoted to a brigadier general in July 1863, and led his brigade in Southwest Virginia and then attached to Gen. James Longstreet’s command in Tennessee. In April 1864, Gen. Wharton was summoned with his brigade to help meet a threat to the Shenandoah.  On May 15, Wharton took a conspicuous part in the Confederate victory at New Market, and from then on was engaged almost constantly in major battles at Cold Harbor, Kernstown, Winchester, Fisher’s Hill, Cedar Creek, and finally at Waynesboro in March 1865.  After that he was back in Southwest Virginia awaiting orders when the surrender came.

Following the Civil War, Gen. Wharton was an active advocate for the growth of Southwest Virginia. While serving in the Virginia House of Delegates, Wharton championed the legislation that established the land grant college at Blacksburg, which is now Virginia Tech. Gen. Wharton remained in Radford until his death in 1906. 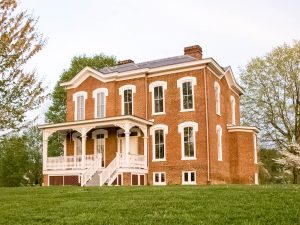 The Glencoe Mansion is the home that Gen. Wharton and his wife Nannie built in 1875, on a hill looking over the New River. The home is a solid masonry structure comprised of thousands of handmade bricks and was a symbol of the couple’s status in the community. The home stayed in family hands for 106 years. In 1998, the Glencoe Mansion was opened as a museum.