The center will sponsor an academic conference, “The Great Strike: Slavery During the American Civil War,” April 21-23, 2022, at Virginia Tech in Blacksburg, Virginia. We are currently accepting proposals for papers, panels, and other contributions; proposals should be submitted by June 15, 2021. 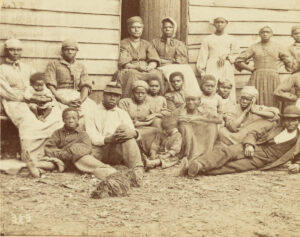 Dr. W.E.B. Du Bois asserted that American enslaved people freed themselves during the Civil War in his 1935 work, Black Reconstruction. Du Bois referred to the unprecedented scale of this rebellion as “the general strike,” a concept that historians have applied to their work since the 1980s. Most studies of slavery in the United States, however, continue to end in 1860, while most studies of Black Americans during the Civil War center upon military service, refugees’ experiences in contraband camps, or the aftermath of the war and Reconstruction. Enslaved peoples’ activities during the Civil War have only begun to emerge as central to understanding nuances surrounding politics, warfare, labor, race, gender, class, and other significant themes of the Civil War Era in the last decade.

As scholarship increasingly centers the experiences of people, places, and events often left out of traditional narratives of the period, or minimized as less important to these narratives, we must grapple with important questions such as: what did enslaved people do in various regions to navigate the contingencies of the war? How did enslaved people use their relationships and rely upon one another to survive and fight against enslavement? What choices did enslaved people have to make regarding themselves, their kin networks, and their communities? This conference will address the myriad ways in which enslaved people experienced the Civil War, and their effect upon the war itself.

We welcome proposals for panels (which should strive for diversity among presenters), individual papers, roundtables, video content, digital projects, and other formats such as posters and exhibits covering the Civil War era. These subjects may include the ways in which enslaved people experienced the war during impressment, on the battlefields, in hospitals and military camps, and in their homes. We are particularly interested in projects that consider enslaved people as central actors in Civil War histories. We welcome applications from undergraduate, M.A., and Ph.D. students, as well as encourage early-stage scholars to apply.

Please submit your paper proposals (max. 500 words) as well as any questions to Caroline Wood Newhall (cwnewhall@vt.edu) by June 15, 2021.  Proposals should be accompanied by a brief CV.  All presenters will be asked to submit written papers or precís of their projects in advance of the conference, and the papers will be considered for publication in an edited volume or special journal issue. This conference is sponsored by the Virginia Center for Civil War Studies (civilwar.vt.edu).  A limited amount of funding to cover lodging is available for scholars without access to departmental funds. Please indicate in your application if you would like to be considered.