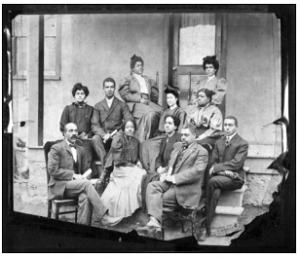 Christiansburg Institute began after the Civil War with a mission to educate freed slaves. The school was founded by Captain Charles S. Schaeffer, a Union soldier and future minister from Philadelphia. Working for the Freedmen’s Bureau, Schaeffer came to Christiansburg and started teaching twelve former slaves in a rented room. Beginning in 1870, a Quaker group called the Friends’ Freedmen’s Association began helping Schaeffer fund the growing school after the Freedmen’s Bureau stopped its support. In the 1880s, Schaeffer turned over control of the school to a completely African-American staff. He retired to focus on ministry before his death in 1899. During his time in Southwest Virginia, Schaeffer helped organize twenty-nine African American churches. The 1885 Hill School and Schaeffer Memorial Baptist Church still stand at 570 High Street in Christiansburg. 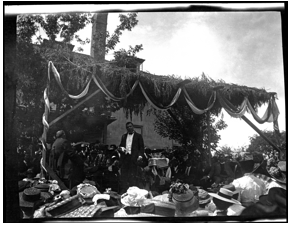 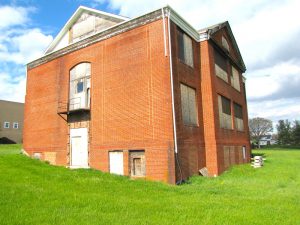 From Blacksburg, take 460 Eastbound to the Downtown Christiansburg exit. Follow North Franklin Street towards downtown. Scattergood Drive will be on your right just after passing Christiansburg High School. A historical marker just south of the intersection of Franklin Street and Scattergood Drive gives the history of the school. To find the old Hill School, continue south on North Franklin and turn left onto Depot Street, then bear right onto Wing Street and turn right onto High Street. The school building and chapel stand at the corner of High Street and Shaffer Street.